Sale on canvas prints! Use code ABCXYZ at checkout for a special discount!

One of my photos is featured on the cover of the latest issue of Cell Chemical Biology. The article describes research into metformin, a drug derived from the French lilac (Galega officinalis), for the treatment of breast cancer. The research was done at the University of Minnesota, and was sponsored in part by the National Institutes of Health (NIH) and Susan G. Komen for the Cure.

This is especially meaningful to me because my grandmother was a cancer research scientist.

An abstract macro photograph of a Ferrite Memory Core plane from an early IBM mainframe computer. This grid is made up of fine wire threaded through tiny magnetic ferrite rings (cores). Magnetic core memory, a type of random-access memory (RAM), was introduced in 1955 and succeeded in the 1970s by solid-state memory in integrated circuits.

The Museum of Modern Art has three in its permanent collection, but none on display. 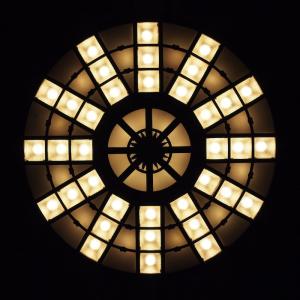 The Los Angeles Conservancy's 2014 holiday card, both digital and print versions, features my artwork. Their art department did a beautiful job with the design.


Penn in the Rain

A moody view of Well Walk in Hampstead, London.